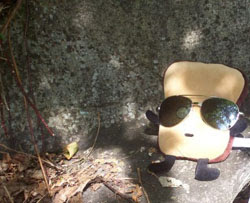 Today Mr Toast has found himself today in New Hampshire, known as the Granite State. His host is local resident Falon. 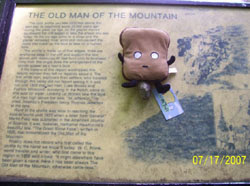 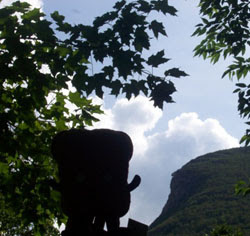 The Old Man in the Mountain is one of New Hampshire's most well known landmarks. 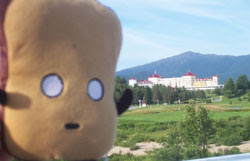 Opened in 1902, the Mount Washington Hotel is one the Grand Hotels of the United States. 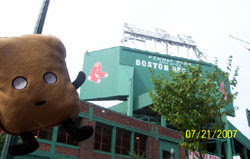 As a special bonus Falon took Mr Toast down to Fenway Park in Boston which just by chance is Mr Toast's next destination.

Old Man you say? I've never been to New Hampshire...

Well, now, did anyone explain to Mr. Toast that after years of being held up by wires, bubblegum, duct tape, and various other odd devices the Old Man just gave up one day and collapsed? Helps explain why there really isn't much of an old man in that there mountain anymore...