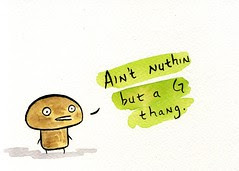 I am headed up to Wondercon in San Francisco. The show runs from Friday April 2nd to Sunday April 4th. It is a great show, kind of like Comic Con but smaller and less crazy. I will have plenty of new watercolors, some shirts, books and maybe some dolls!

The Stars are Out 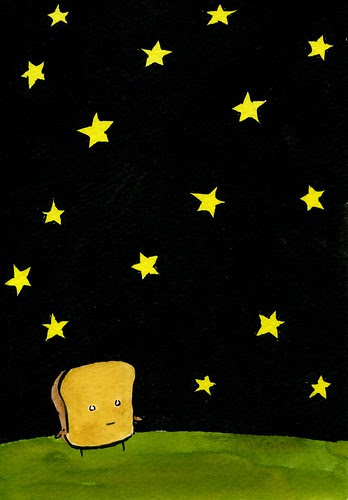 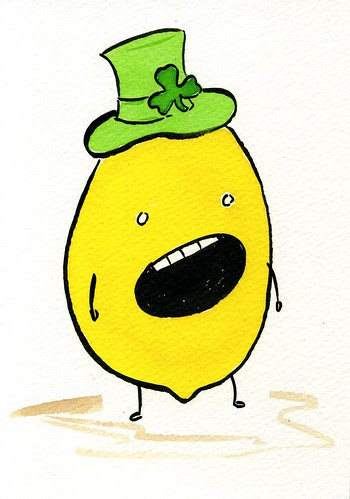 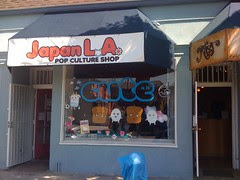 After weeks of planning the day is finally here. Yesterday we hung the decorations and started getting everything ready. The party starts tonight at 7PM. You can grab some food at the Grilled Cheese Truck which will be parked outside. Inside Japan LA will be lots of Mr Toast products to check out, including a new black Shaky Bacon shirt which was printed up at the last minute by Monkey in a Dryer! 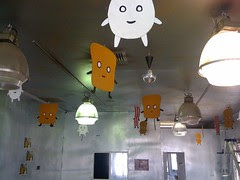 Next door to Japan LA is the Mr Toast Party Space, a whole empty store to hang out in. We will have a DJ, free Pabst Blue Ribbon beer and even Mr Toast hanging out so you can take you picture with him. It should be a fun, wonderful, silly event. 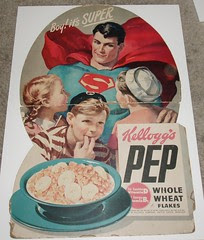 As a collector and dealer, sometimes things happen that are pretty hard to believe. Over fifteen years ago, I purchased an amazing Superman Pep cereal advertising sign. As a cereal collector, this is one of those once in a lifetimes finds. I held on to the sign for a number of years but ended up selling it.

Now years later I was able to buy a second one of these signs. I am sure they made a few thousand of these back in 1947. They were put up in grocery stores and then ended up in the trash. But as with all things, a few were saved, and somehow I have had two end up in my possession. This is the reason I love collecting, you get to be a part of recovering a bit of the past and giving it new home. 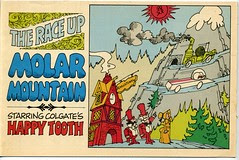 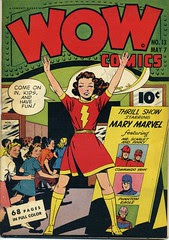 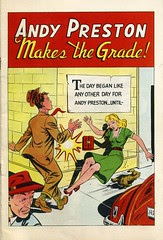 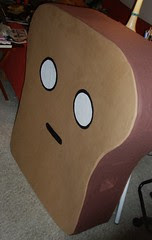 Costume is ready for the Mr Toast party at Japan LA on March 13th. Come get your photo taken with him - 7-10 PM.