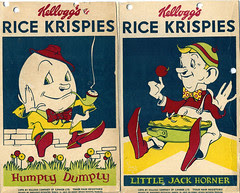 Vernon Grant was one of the great American illustrators of the 20th century. I think because most of his work dealt with Mother Goose fairy tales, he is not as well remembered as others of his time. For me his work is timeless and exceptional.

During the 1930's, he had a relationship with Kellogg's that involved his creation of premiums and artwork for the backs of cereal boxes. During this time he also created Snap, Crackle and Pop. Most of his work for Kellogg's involved fairy tales but he also did an amazing series of box backs that covered important American landmarks. This art in particular shows what a singular talent he was. 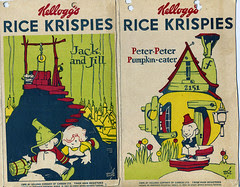 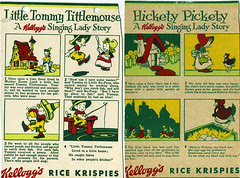 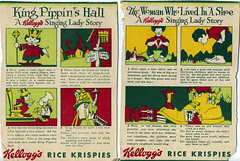 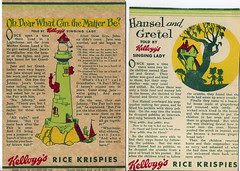 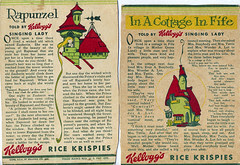 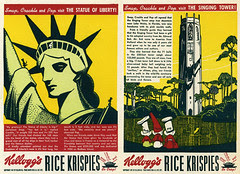 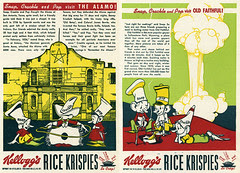 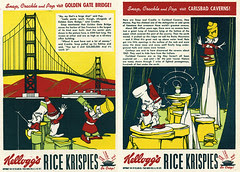 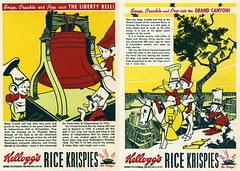 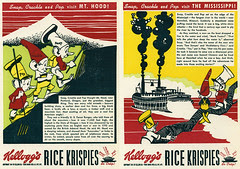 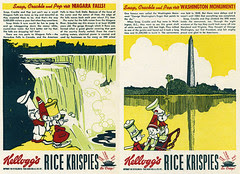 Dan- Were the United States images ever collected in a book like some of the Fairy Tale images?

I dont think any of the Kellogg's stuff was collected. Maybe some fo the full color Kellogg's posters were used in different places. I am not too sure about anything with Vernon Grant becasue there are not a lot of sources for info out there.

I know Vernon Grant's daughter. There is a Vernon Grant Mother Goose Book out for children which has a great collection of his works. Also, there is a gift shop at the Museum of York County in South Carolina (www.chmuseums.org/) with an extensive display of his works, as well as a great gift shop. They may be able to help you track down some things.

I have four paintings :Jack and Jill, Peter Peter Pumpkin Eater, Little Jack Morner and Jack be Nimble dated 1944 and signed by Grant Vernon. Are they worth anything?

I recently came across 4 prints signed Vernon Grant that I had as a child in the 40s - Peter, Peter Pumpkin Eater, Little Jack Horner, Humpty Dumpty and Twinkle, Twinkle Little Star. Although slightly creased, the colours are still vibrant. Would like to reproduce them as tapesties for childrens charities. From whom should I seek permission?