In 1975, Nestle Quik did one of the coolest monster promotions of all time, the Spook Group. Single serving packs of Quik had a series of monters on their backs and the box they came in touted collect all 32. Different monsters appeared on the backs of Strawberry and Chocolate Quik (except Countess Vampira who appeared on both flavors). In my years of collecting I have found 26 of the strawberry monsters and 24 of the chocolate. The box they came in featured a very cool haunted house on the back. Be prepared for monster overload! 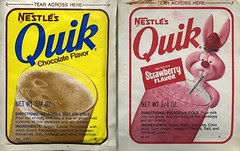 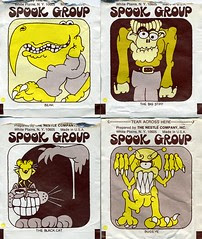 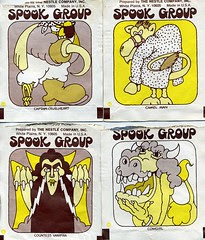 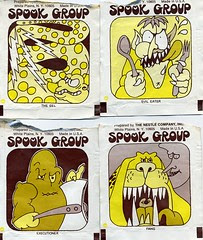 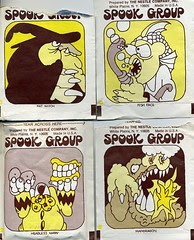 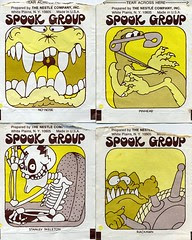 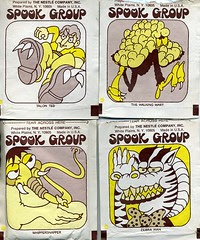 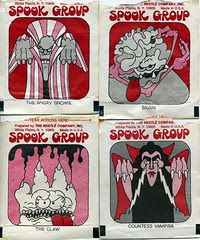 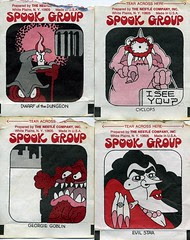 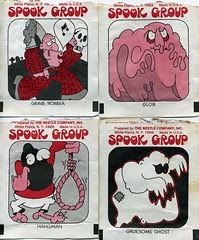 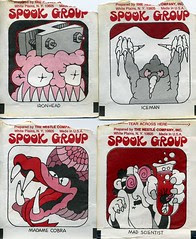 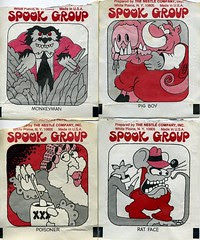 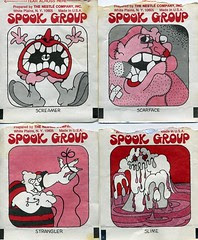 I just love this blog, so many cool retro stuff! Thank you for keeping this alive!