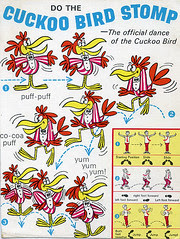 Since I did a post of Trix, it is only right to do something on Cocoa Puffs. The first box shown here is from 1956 and is character free. By 1959, the Cocoa Puffs kids have appeared and will continue to represent the cereal into the 60's. Around the mid 1960's, Sonny the Cuckoo Bird took over as mascot for the cereal. I love the way he looked at first but by the 1970's he had become restyled and lost all of his original craziness. 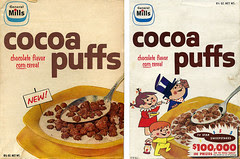 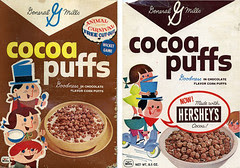 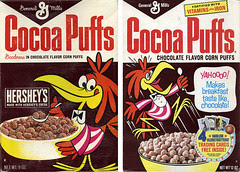 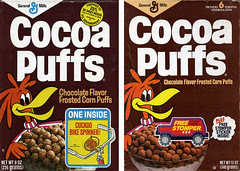 Very cool. I remember Sonny and Gramps from the old commercials. Did Gramps ever appear on the cereal box with Sonny? I can't say that I've seen any, but there were some premiums with Gramps. Thanks for sharing these.

yeah he showed up on the back of some boxes