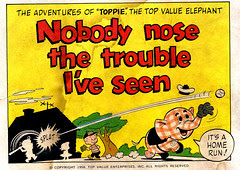 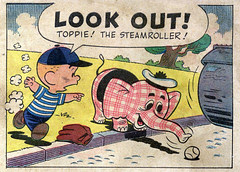 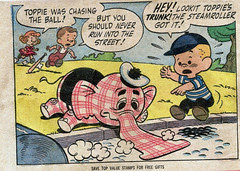 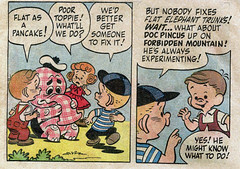 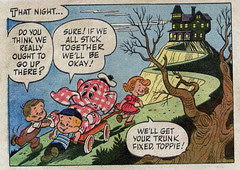 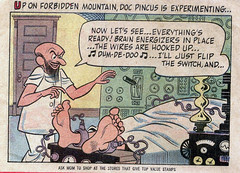 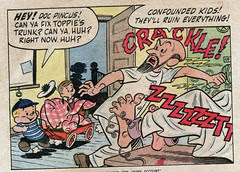 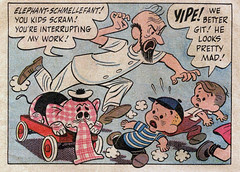 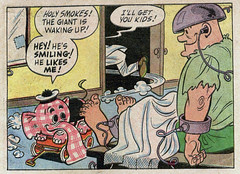 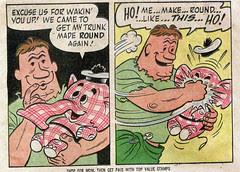 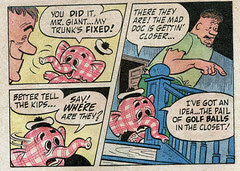 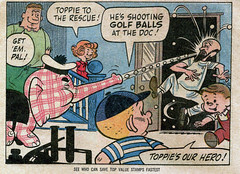 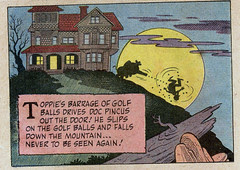 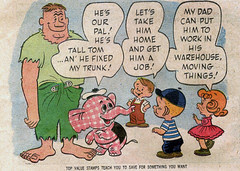 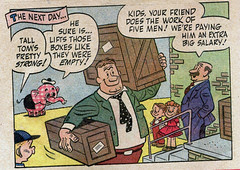 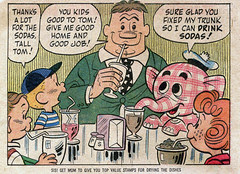 I didn't know Toppie had his own comic. I have a very dim childhood memory of a large Toppie the Elephant figure that hung from the ceiling of a local grocery store.

Coincidentally I mentioned this in a recent blog post here.

My grandmother collected Top Value stamps because Kroger offered them, instead of the more-widely available S&H Green Stamps.

I remember Toppie! Just never knew he had a name or his own comic. Love the comic! The work looks familiar. Do you know who it is?

The Toppie comic was actually drawn by one of Al Wiseman's many assistants, George Crenshaw. George also drew the comic books "Clubhouse Rascals" and "The Brain" (which are often, unfortunately, attributed to Wiseman).

Crenshaw told me that he produced the "Clubhouse Rascals" comics shortly after leaving Ketcham's studio, where he worked directly under Al Wiseman's direction on the Dennis comic books for a number of years.

And that's why the artwork on "Clubhouse Rascals", "The Brain" and "Toppie" look similar to Wiseman's, but don't quite capture Al's energetic layouts...